Difference Between Titanic And A Modern Cruise Ship 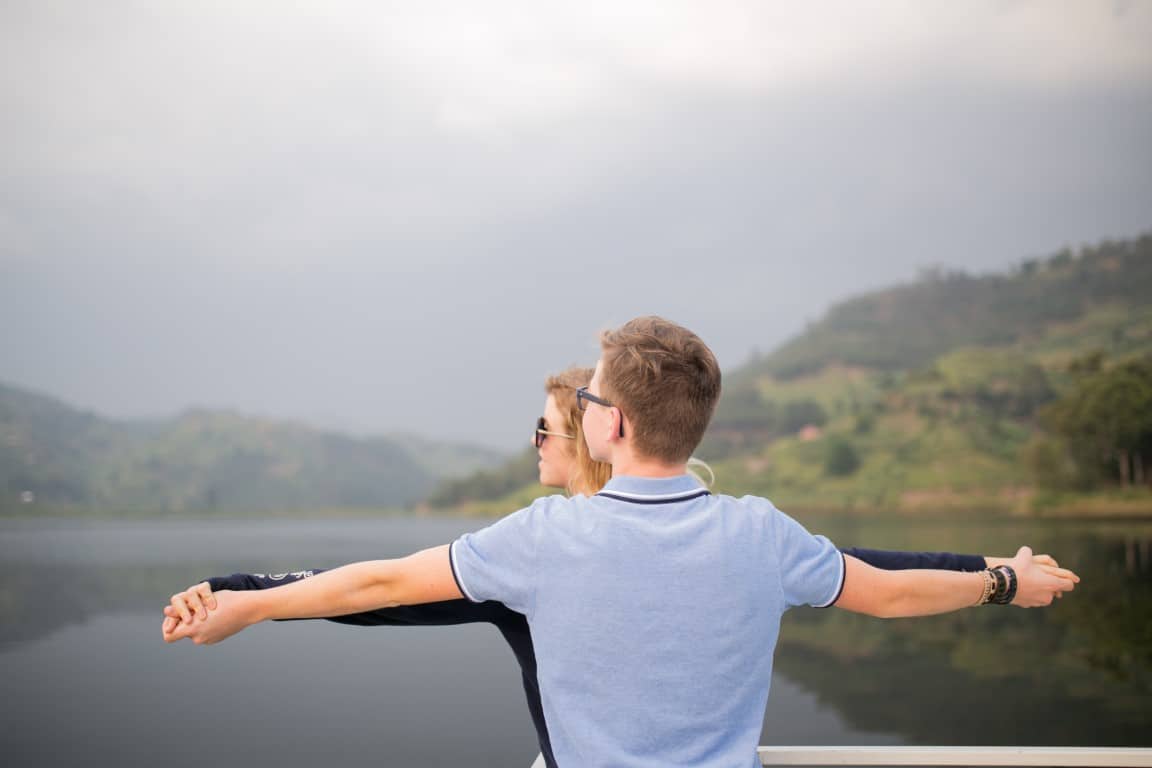 Today, Royal Caribbean’s Oasis-class ships, such as Wonder of the Seas or Symphony of the Seas, are likely to come to mind when considering the world’s biggest cruise ship. But a decade ago, when the same question would come up, people would automatically think of the Titanic.

In 1912, the RMS Titanic was the world’s biggest cruise ship, making it the most notorious ship of all time. In April 1912, the White Star Liner Titanic set out from Southampton on her first trip and her fatal journey. When it came to luxury ocean liners, the RMS Titanic, which sunk in 1912 on her inaugural flight, was the peak.

But, considering the technology and resources we have today, how does Titanic compare to some of the modern cruise ships we have right now?

We’ve put up a Titanic vs. cruise ship analysis that compares everything from the size and layout to the food and entertainment options to give you a better picture of the ship’s true character.

With a huge size (more on that later,) the ship had the potential to hold thousands of people, including both crew and passengers. But has it been possible for the currently existing cruise ships to match the number or, even better, top it?

Titanic could accommodate 2,435 passengers, an additional 900 crew members, and almost 3,300 passengers. In contrast, the current Symphony of the Seas can accommodate up to 6,780 passengers, which is more than double the capacity of the Titanic.

A mid-size ship could accommodate 1,500 to 2,499 people, which is what the Titanic would be today if it were compared to today’s cruise ships.

There are three ships today in the modern cruise world; the shortest is the Symphony of the Seas, which measures 1,184.42 feet (361.011 m). So technically, the smallest of the three would be larger than Titanic.

A surprising factor about Titanic was its width. With a size of 92 feet and 6 inches, it was considered quite huge back and set a new benchmark for cruise ships until the Queen Mary 2 was introduced in 2004. The latter had a breadth of 148 feet, 55 feet bigger than the Titanic.

As tall as an 11-story building, the Titanic had nine decks and 175 feet (53.3 m). However, don’t be so surprised yet as the above mentioned both have 18 stories with around 16 of them being used by passengers and rise 236 feet (72 meters) above sea level. The Symphony of the Seas has around 18 decks and 238 feet (72.5 m). To get a better idea, imagine a 22-story building, and you’ve got yourself the size of this mega-ship. 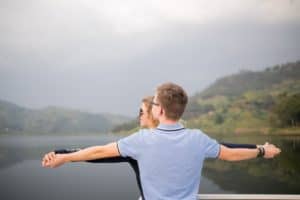 Titanic’s gross tonnage of 46,328 was a record for her day, even though it was smaller than most current cruise ships. Compared to the Titanic, this weighs more than 150%. Modern cruise ships, by contrast, have a weight of around 120,000.

The world’s biggest cruise ships have a combined gross tonnage of more than 230,000 tonnes. Thus, the Oasis-class ships of the Royal Caribbean are almost four times as hefty as the Titanic.

This isn’t a surprise to see how cruise ships are becoming larger and bigger. Almost all major cruise lines are now constructing ships larger than anything that has ever been constructed.

Larger cruise ships may operate at reduced costs because of the industry’s focus on productivity.

Today’s cruise ships are essentially resorts on water, with a never-ending supply of things to see and do. For example, the Symphony of the Seas has an aqua theatre, 24 swimming pools, a floating Central Park, 23 eateries, a Flow Rider surfing simulator, waterslides, and much more.

No surf simulators or bouldering walls aboard the Titanic, but plenty of other forms of amusement are more in keeping with the era. Gym equipment included the usual suspects, such as treadmills and stationary cycles, and a few surprises like electric camels and horses that would be familiar to modern cruisers.

Unlike today’s cruise ships, there was just one swimming pool on board. There had been a Turkish bath, a steam room, and a massaging area instead of a spa. So, all in all, it wasn’t all bad, but it certainly lacked in the entertainment department.

And then, there’s the most important aspect, the speed and efficiency of the monster. It was that Titanic could go up to a maximum speed of 23 knots thanks to its two reciprocating engines. However, any modern cruise ship also comes with two reciprocating engines, but that’s not all. They are supercharged and can reach a maximum speed of 28 knots.

The average speed of today’s cruise ships is 20 knots, with the majority of them reaching a top speed of 30 knots.

Although the Titanic may not seem noteworthy now compared to today’s modern cruise ships, it was the most luxurious and magnificent passenger ship in the world at the time of the tragedy. Today, with the successful adaptation of technology and advanced resources, the ships offer a much more premium experience. From uncountable options n of entertainment to much more sophisticated cabins, the chances are unparalleled.